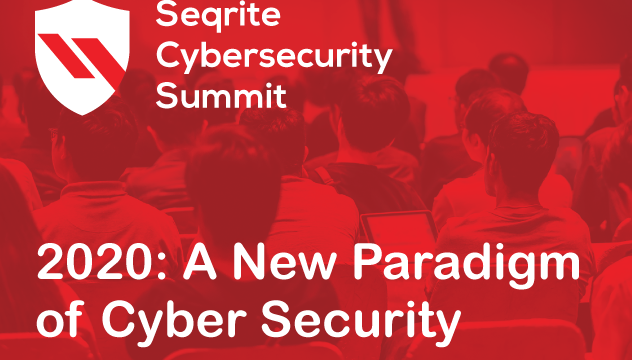 As we enter a new decade, it is important to look back and learn from the decade that is about to end. From 2010 to 2019, cybersecurity moved at a furious pace. Threats erupted in multiple new vectors, spreading far and wide and shutting down thousands of organizations at the blink of an eye.

State-sponsored cybersecurity threats became an imminent danger with governments waking up to the sheer horror of the scale of damage it caused. Social media giants were increasingly viewed with suspicion by regulators about how they use the data of their users.

The terms ‘Dark Web’ and ‘Deep Web’ have become common among not just cybersecurity specialists, but also regular users.

A new era of cybersecurity

Looking at that pace of change, one thing is quite certain – 2020 and the start of the next decade will bring about a new paradigm in cybersecurity.

This paradigm shift is likely to be driven by the fear of the damages cybersecurity attacks can cause. One figure estimates the cost of cyber attacks to the world to rise to $6 trillion by 2020. A key figure in that calculation is the unprecedented rise of connected devices.

The role of the state will increase

Expect the role of the state in regulating cybersecurity to increase mainly because cyberattacks are starting to affect nation-states on a larger scale. The biggest countries in the world have instituted cybersecurity departments, recognizing the need to defend themselves against cyber warfare. Experts speculate that cyber threats could pose all sorts of problems for countries, with physical repercussions as well – imagine a cyber attack on a national power grid by an enemy state, wiping out the power system of thousands of homes and causing an emergency.

Recognizing the risks, governments will try and bring in more regulations for domains that have traditionally operated much freely till now. It will be a challenge for enterprises to stay abreast of regulations and maintain compliance.

Very few other organizations had a more action-packed decade than Facebook. As a social media behemoth, Mark Zuckerberg’s company rose to dizzying heights before being engulfed in scandals which caused it to be viewed with suspicion. The lesson from this debacle is clear – there is now a renewed awareness of the importance of the data users provide to enterprises. Don’t expect this trend to subside any time soon – enterprises will have to deal with more questions on how exactly and what exactly they are doing with the data they collect.

The race towards automation as a tool to prevent cyber attacks

Automation is already being explored as a tool to combat cyber attacks. A 2019 Ponemon survey observed that 79% of respondents from 1,400 IT and IT security practitioners across the UK, US and APAC were in organizations which currently used or planned to use automation within the next three years. These respondents also said that log analysis would be the most common type of security activity that would be automated in the next three years, followed by malware analysis and threat hunting.

Automation will help reduce the load on an Information Security team which is already suffering from skill shortage and help enable the fulfilment of time-consuming, manual and mundane tasks.

Artificial Intelligence – in attack and defence

Artificial intelligence will be a double-edged sword in 2020 and beyond. AI-powered cybersecurity solutions in coordination with human intelligence will continue to be extremely useful when dealing with large amounts of data. AI solutions can analyze this data to find patterns and anomalies, helping to understand the environment. This way, it can understand concepts such as normalcy and false positives and flag when there are events which are not “normal”.

In the same vein though, the usage of AI in launching cyber attacks will also increase. Cybercriminals also use AI to run their own research and find loopholes in enterprises. Cybercriminals can also use AI to scan through huge tracts of data quickly and find Personally Identifiable Information (PII) which can be a major cybersecurity risk.

The year 2020 promises to mark a paradigm shift in the world of cybersecurity, giving rise to new solutions, new threats and new means of tackling them.

To share actionable insights on Cybersecurity at the dawn of 2020, Seqrite has put together an exclusive summit for knowledge sharing on the future of Cybersecurity.