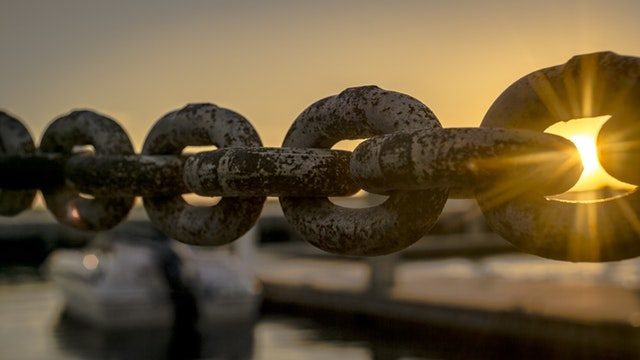 Cryptocurrency is not just a fad anymore – it is a reality. Almost every day, there’s a new headline about Bitcoin and its recent surge or fall. And many of these articles use terms which might sound alien. One of these terms which is often mentioned when it comes to cryptocurrency is “blockchain”. It’s a term which is not just restricted to just cryptocurrency also – the Swedish Government Land Registry will soon conduct their first blockchain property transaction, many startups are looking to harness the growing power of blockchain and the European Union is getting more and more involved in this technology.

So what is blockchain? How does it tie in with bitcoin and cryptocurrency?

As a definition, a blockchain is a type of ledger containing records arranged in data blocks that use cryptographic validation to link together. If that sounds complicated, think of it as a network of computers which have an identical copy of a database and changing its records through common agreement. It has also been described as, “A spreadsheet that is duplicated thousands of times across a network of computers. Then imagine that this network is designed to regularly update this spreadsheet.”

The concept of blockchains was first invented by Satoshi Nakamoto who is also famous for developing Bitcoin. Blockchain is intrinsically connected to Bitcoin – it serves as the public ledger for all Bitcoin transactions. A quick explanation of Bitcoin – it is a decentralized digital cryptocurrency that can be bought on online cryptocurrency exchanges or mined using specialized, powerful hardware. Like all other forms of cryptocurrency, it is a form of currency that there is no central authority behind it and it is organic, hence making it immune to government interference or manipulation. There is also no physical representation of this currency.

The blockchain here is the public ledger where all the transactions are recorded and confirmed anonymously. It is a database with built-in validation, but the ledger is not maintained in one particular location. It is distributed and exists on multiple systems at the same time. Importantly, the information entered cannot be altered. Each user needs a private, cryptographically created key to access only the blocks they own. In this way, the ledger cannot be manipulated as no one can edit a blockchain without having the corresponding keys.

When it comes to Bitcoin and other forms of cryptocurrency, blockchains work by transferring ownership of blocks of data to others by creating a record in the blockchain. The Bitcoin blockchain are managed by distributed nodes with each node having a copy of the entire blockchain. Whenever each node is changed, the entire blockchain is synchronized with a new update with details also recorded. This means the ledger or the blockchain remains secure without any third-party interference, a revolutionary concept when compared to normal financial transactions.

Yet, while Blockchain provides a radical twist to normal financial transaction, its use could be beyond just cryptocurrency or financial means. Ultimately, blockchain is a means to store any kind of data which is extremely important in this day and age where data is king. Ensuring proper synchronization and maintenance of data could help in a wide variety of activities for businesses. It could be used for purposes where data can interact with each other to give a better experience to the end user. It could lead to the creation of a more connected and automated world where large amounts of data are digitized and collaborated with each other.

Without doubt, Blockchain is one of the most mysterious technologies out there. Yet, with proper research and development, it could be the basis to create a new technological revolution, offering a smarter, better world.