Microsoft is about to release a new update for its Windows 10 Operating System called Windows 10 May 2020 Update (also known as Version 2004). The company has codenamed it “20H1” and will likely make it available by the end of May 2020.

In our internal validations with a pre-release version of Windows 10 20H1 update, we observed the system with existing clients of Seqrite Encryption Manager (SEM) 1.2.x going into repair mode after applying the latest Windows 20H1 Update.

To avoid the above-described situation, Seqrite has released an important update which will make the existing Windows 10 SEM clients and server compatible with the Windows 20H1.

This document describes the steps to apply this important SEM update and some precautionary measures to be taken before applying Windows 10 20 H1 update.

Important: Seqrite recommends that all the endpoints must be restarted (if restart is pending, due to any software updates/installation) before updating the SEM server.

There are two mandatory steps to be performed before applying Windows 10 20H1 update:

Update your SEM 1.2.x server with the released update

You can apply the update using one of the following methods:

1. Login to SEM Server as an Administrator.

5. The updates will be displayed, in the following format

6. The Latest Version column will show the versions of the modules.

7. Click on the Update Now button, the following popup will be shown with the updated information

SEM Server will update the existing Server silently. Once the update is applied successfully, Seqrite Encryption Manager version will be updated from 1.2.x to 1.2.2.1.

9. Refresh the web console after few minutes (approximately after 5-7 minutes) to login to the updated SEM Server.

3. In the SEM Upgrade setup dialogue box, click Next. 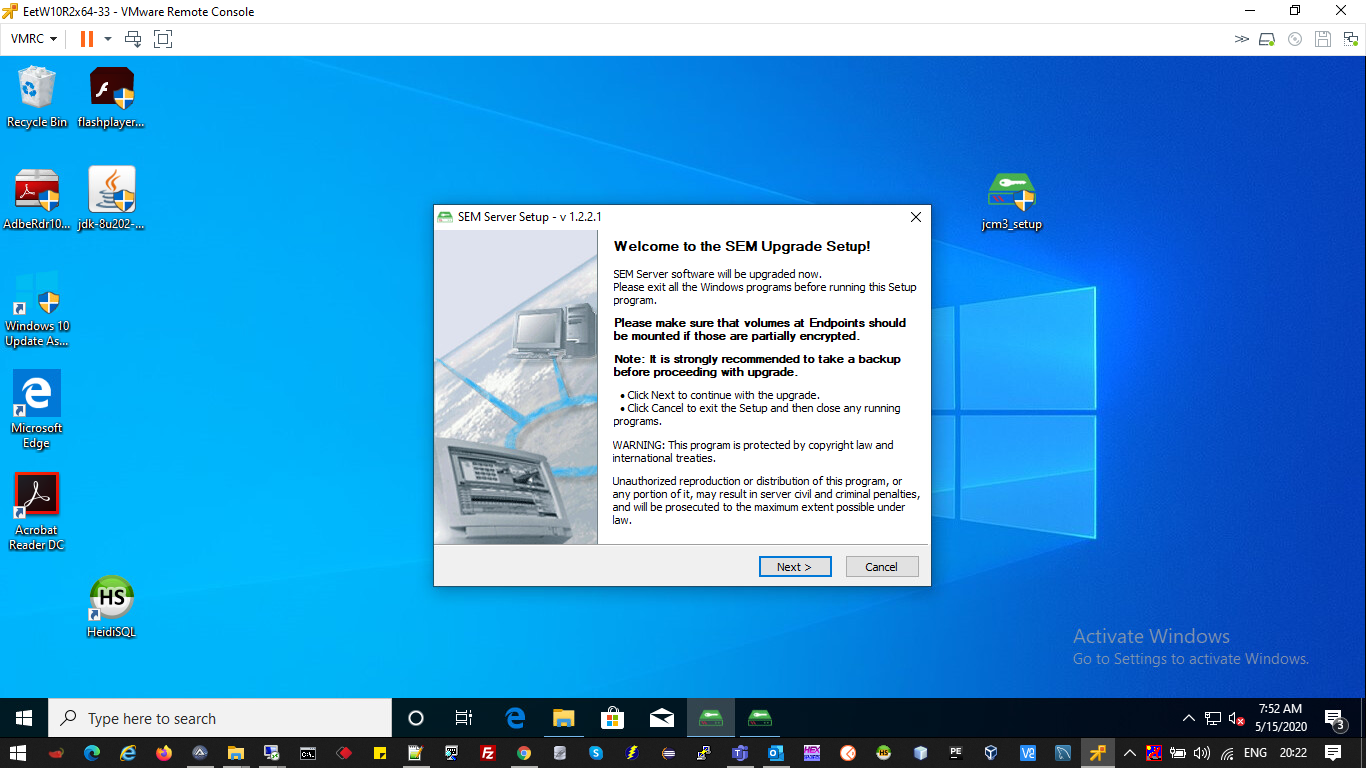 4. On the License Agreement dialogue box, select “I accept the Agreement and consent checkbox and click Next.

SEM clients will be upgraded to the latest version automatically, whenever the client communicates with the server after the server update.

Configure the SEM policies as described below before applying Windows 10 20H1 update.

If the policy is set as Encrypted, then perform the following steps

1. Login to SEM console as Administrator

3. In the Edit Policy dialogue box clear the Encrypt volumes without driver letter (mount points) (refer the screenshot below) 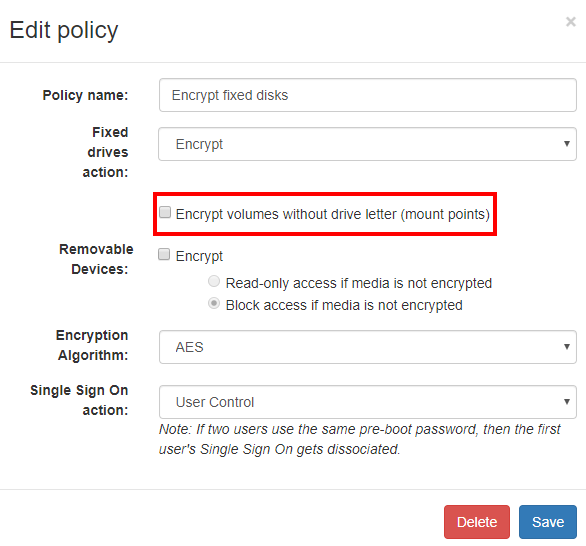 4. Do not change any other option (Recommended)

5. Repeat the above steps [1-4] for all the Encrypt polices

Identify the endpoints on which the Manage Locally policy is applied. Before the Windows update, first, decrypt the mount points. Perform the following steps:

1. On the endpoint, go to Start > Seqrite Volume Encryption folder.

3. If the System Reserved (Mount Point) is encrypted, then right-click on the encrypted volume (mount point) and select Decrypt Volume (refer screenshot below)

4. The confirmation dialogue box is shown, click Yes to proceed. 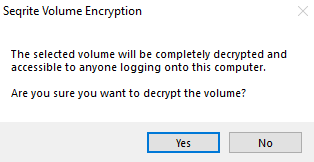 Decryption starts for the selected volume. 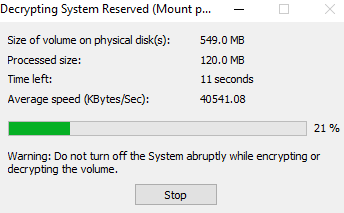 6 A success message is displayed after successful decryption, click OK to exit.