Home  /  Malware • Ransomware  /  Top 5 most wanted cybercriminals across the globe 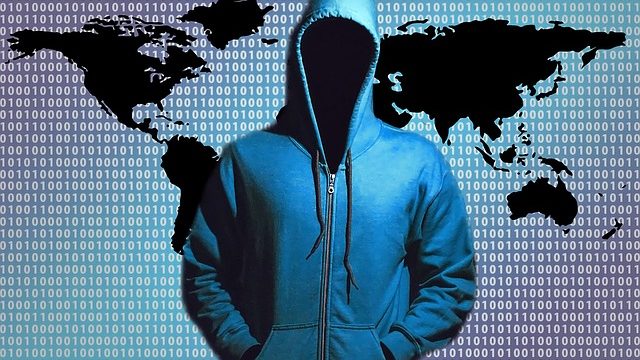 Cyber-crime is being widely discussed as a critical topic holding global relevance. In the professional discourse, it is essential that businesses, government-specific entities, and even citizens are vigilant enough when it comes to avoiding the potential threats. This also involves weeding out organized crime related to the online domain. However, before we can devise strategies for combating the security incidents and data breaches, it is important to look at the most wanted cybercriminals who have facilitated the proliferation of ransomware attacks and other forms of cyber threats.

Sundin duped many online victims and conned them into buying “bogus software products”. Almost, 1 million copies were illegitimately sold. The financial extent of this global attack transpired up to $100 million, across diverse channels. His criminal history dates back to 2006 with accusations piling on with each passing year. Be it fake scams, browser hijacking and sending out error messages to unsuspecting users; Sundin is involved in a host of malicious activities and has a reward of $20,000 riding on his head.

Similar to Sundin, Sahurovs also duped several individuals on the pretext of selling security programs. He conned unsuspecting victims for around $2 million by placing strategic adverts on online domains and newspapers. While he first posed as a legitimate ad agency, he started linking the content to a different address once the customers began showing interest in his product. At present, the FBI offers $50,000 for the information that helps them arrest Peteris Sahurovs.

Best known for using aliases like “Stoichitoiu” and “Nae”, Popescu was rightly accused in a sophisticated and organized fraud scheme related to the online domain. He posted fake advertisements on auction sites and put non-existent items on sale. While he was on the FBI radar since 2012, he has been continuously moving across different countries for evading the federal glare. He has a reward of $1 million riding on his head, against any information that leads to his arrest.

Arshad was first involved in an internal telecommunication scam where he targeted individuals and conspired against the government entities. This scam was a part of a global scheme that was active between November 2008 and April 2012, inflicting financial losses in the ballpark of $50 million and compromising several data security networks. He also joined hands with large-scale organizations that helped proliferate cybercriminals across Saudi Arabia, Malaysia, Italy, Singapore and a host of other countries. While the FBI is still looking to track his whereabouts, it is presumed that he might have travelled to Pakistan, Germany, the United Kingdom, UAE and even Canada in the recent past. There is a sizeable reward of $50,000 on his head.

Jain was Sundin’s co-conspirator, helping him initiate the “bogus software products” scam, on a global scale. While the initial charges against him were similar to the ones on Sundin, he was additionally accused of computer and no wire frauds. His plans for scamming online users by selling fake software modules were largely successful courtesy the innovative techniques on offer. What served him right was having multiple bank accounts across the globe which allowed him to con users of a lot of money. Based on the current revelations, the FBI offers up to $20,000 as a reward for any information, leading to the conviction of this Indian cyber-criminal.

Cyber-crime has evolved into a catastrophic nemesis, and it’s time organizations put forth stringent laws and security schemes for combating the same. That said, analyzing the history of cyber-criminal activities can help companies modify their strategies, accordingly. That is why it is important to discuss about these existing cyber-criminals by looking into their criminal backgrounds and hacking techniques for gaining immunity against the futuristic threats.