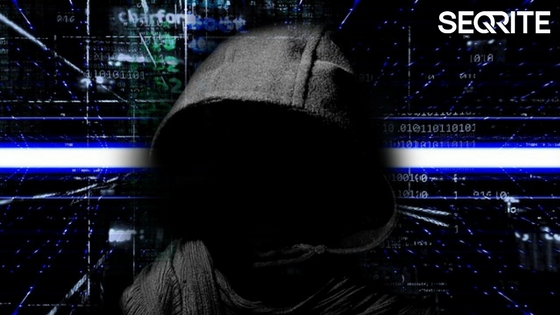 In the early days of computers, hackers were computer geeks trying to crash their university’s network sitting in the basement of their house. They have now evolved into professional cyber criminals who rob billions of dollars from banks (such as the recent attack on the Bank of Bangladesh) and bring down entire infrastructure such as oil pipelines. It is hard to believe but cyber criminals today are highly motivated, well organized, well-funded group with access to latest technology having clear goals and agendas. Their activities range from hacking a public email account or a small financial firm’s website right up to shutting down the websites of Government organizations.

With so many kinds of hackers out there, it becomes tricky for businesses to know who exactly are they fighting against. It is said that to defend against the enemy, you must first know the enemy. When it comes to hackers, it pays to know what kinds of hackers are out there attempting to steal data from your organization. Let’s take a look at understanding these cyber enemies.

1. Novices – These are beginners. They don’t have massive resources and probably will be using only the top of the line commercial laptop at best. They don’t possess the expertise or tools required for very sophisticated attacks. They are usually able to penetrate only the systems that have a weak security. A well implemented cyber security system can protect against these hackers.

2. Scammers –These are the ones who are filling up your inbox with junk email. The emails about winning a million dollars, inheriting large sum of money from a stranger, and deeply discounted goods (for example iPhone at $1) They try to lure the gullible with a great sounding offer and asking the reader to transfer the money to avail the offer. Post transfer, the user never hears from them again and does not have a way to contact them. The best protection against such attacks is to be careful when checking out the offers. If an offer sounds too good to be true, it usually is fake.

3. Phishers –This group’s goal is to get the user to share his bank or credit card details, which they can use to get money at the victim’s expense. Some of the sophisticated hackers create a mirror website of genuine institutions such as banks and extract the unsuspecting user’s ids and passwords. When accessing banks and other websites, pay attention to the URL that opens up the site. It’s best to access the bank websites using its official URL instead of following an email link. Make sure you always see an ‘https’ in the link when sharing critical information.

4. Insiders –It is believed that the most dangerous and devastating attacks come from inside the organization. Many times, the people who are/were working in the organization turn rogue, steal the enterprise information and share it with outsiders for personal gain. They may represent a very small number of hackers, but cause the greatest damage since they have full access to the insider information and know its true The best protection here is to ensure that all employees have access only to the required systems and information and this access is reviewed frequently. All access should be disabled, the moment the employee leaves the organization.

5. Political group –Political hackers are not interested in personal financial gain. They have bigger agendas such as destabilizing a region or commercial activity of a region. They will hack into the critical systems and cause damage. For example, Iran’s nuclear energy facility was hit by a worm known as Stuxnet causing substantial damage to the facility. The worm was believed to be built specifically to destroy Iran’s nuclear energy ambitions. If one thinks that a small organization will not be the target of such attack, they are very wrong. In today’s highly connected world, destabilizing an economy requires only shutting down of all Internet based resources and small organizations are very important part of that. Hackers can use the computing resources of many small organizations to stage massive attacks within the region.

6. Advanced Persistent Threat (APT) Agents –This group carries out highly targeted attacks and are possibly funded by the State. As a result, they have deep technical skills and have access to vast computing resources. The American claim of the intervention of Russia in American Presidential elections of 2016 is an example of such an attack.

Cyber criminals like other criminals have different backgrounds and intentions. Just because their operating arena is different, does not make them any different or easier to identify and manage. Just like in the physical world, when it comes to cyber security, one needs multiple safeguards and a sharp lookout for criminals who may be trying to breach the network. In the cyber world, regular attention needs to be paid to the digital security of the organization to avoid huge losses later.