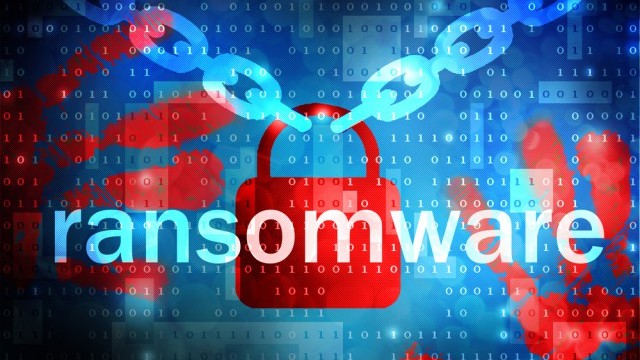 On April 25, 2018, Quick Heal Security Labs issued an advisory on a new ransomware outbreak. We are observing a sudden spike of Dharma Ransomware. Even though Dharma ransomware is old, we observed its new variant which is encrypting files and appending the “.arrow” extension to it. Previously the encrypted files were having the “.dharma” extension.

As specified in the advisory, along with the RDP brute force attack, we suspect that any one of the below infection vectors can be used to spread the ransomware.

As specified in advisory, along with RDP brute force attack, we suspect any one of the below infection vectors can be used to spread the ransomware.

So, largely we will categorize these infection vectors into two categories.

Let’s take a look at these infection vectors in detail.

In this vector, the Remote Desktop Protocol (RDP) running on port 3389, is targeted with a typical brute force attack. As a result of the brute force, the attacker gets hold of victim’s administrative user credentials. Once credentials are obtained he gets the ability to carry out any type of attack. In this case, ransomware is used to infect the system. Also, it’s observed, before executing the ransomware payload it uninstalls the security software installed on the system.

We strongly advise our users to protect themselves by applying the below-mentioned firewall policies in Quick Heal/Seqrite firewall feature.

Get more such safety measures here.

Here the source of infection is unknown but when we started analyzing the attack chain, it landed us on an interesting set of entries in victim’s registry. These were autorun PowerShell script entries in the registry under HKEY_LOCAL_MACHINE\SYSTEM\CurrentControlSet\services. Which drops and execute multiple malicious components. Below are the different components observed.

Below were the malicious registry entries found.

The ‘inf.exe’ component is mainly used to enable the Remote Desktop Protocol (RDP) on the victim’s machine.

It pretends itself as genuine Microsoft Corporations dllhost file. More details are as shown in the figure below.

Once executed it drops self-copy at ‘%system32%\DllHost\dllhost.exe’

Once RDP has enabled it creates a new user from one of the hardcoded username list and randomly generates a password for it. Further, it gives administrative privileges to the newly created user account and enables this account for the remote session. Figure 4 shows the commands used to perform above-mentioned activities.

It connects to a CnC server and sends victim’s data.

The POST parameters sent to CnC are as follows:

Both components scan for a vulnerability in the systems present in the network and send the information to the server mentioned above.

i.exe / ipcheck.exe check for IPs present in ARP cache with the following command:

It creates a pipe to save the above data. It reads the output and extract the IPs from it and give it as input to the sc.exe.

‘sc.exe’ is a vulnerability scanner, it scans the IP given as input for WannaCry vulnerability and saves the result into out.txt.

The above command is executed for every IP present in the ARP cache list.

Output from command in the above figure is saved in the out.txt in the working directory:

Above is the data send to the IP, number of vulnerable systems i.e. 9.

The rc.exe is main payload i.e., Dharma ransomware. This variant appends the extension ‘.arrow’ to the files it encrypts.

Once executed, it uses the below command to disable Windows’ repair and backup option using vssadmin.exe.

It uses the below command i.e. mode.com which is a genuine process of Windows.

After execution of the above commands, Dharma ransomware starts its encryption activity. During our analysis, we found that that the ransomware basically encrypts both PE and Non-PE files and the extensions which it successfully encrypts while generating the scenario are as follows.

The dropped infection marker files and encrypted files have the following pattern.

From the dropped infection marker files, .hta file has a ransom note.

We recommend our users to apply the latest Microsoft update packages and keep their antivirus up-to-date.