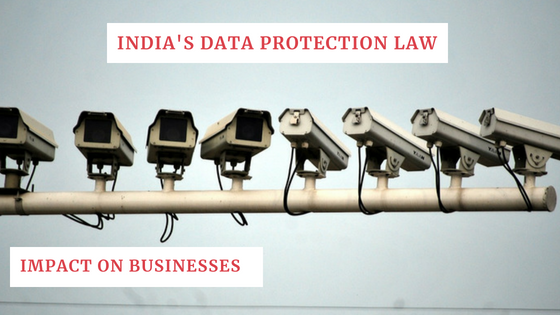 India has taken a step forward towards laying down a proper policy for data protection. The Srikrishna Committee, a 10-member expert committee headed by former Supreme Court judge BN Srikrishna and appointed by the Indian government in August 2017 to “identify key data protection” issues finally submitted a report and a draft bill providing a legal framework for data privacy in the country in the end of July.

The full 213-page report along with the 67-page draft bill can be read on the Ministry of Electronics & Information Technology’s website and provides a detailed insight into the contours of how data protection in India could look like. While everything is still in theory and the Srikrishna panel have only provided a draft bill which needs to be passed by the Parliament, any policy which comes into place will most probably not diverge a lot from the bill in question. In that context, it is important for businesses, small and big, to analyse, understand and if required, start making the required changes.

For businesses, the following key points need to be taken note of:

There are various other points but these are the major points which will have an effect on the way business do operations in India. Hence, for many multinational corporations like Facebook, Google or Whatsapp, they will have to ensure that the data they collect from Indian users is protected under the data protection day. They will also be required to store a copy in India which may increase costs of servers.

The other important part is that data fiduciaries which are considered “significant” will also be have to ready to undergo various different compliance measures which they must prepare for from now. The Data Protection Bill 2018, while having not come into effect as yet, surely shows the way for a future framework of data legislation in India. Businesses must take heed and start laying the groundwork for now so they are not caught unprepared when it comes into effect.