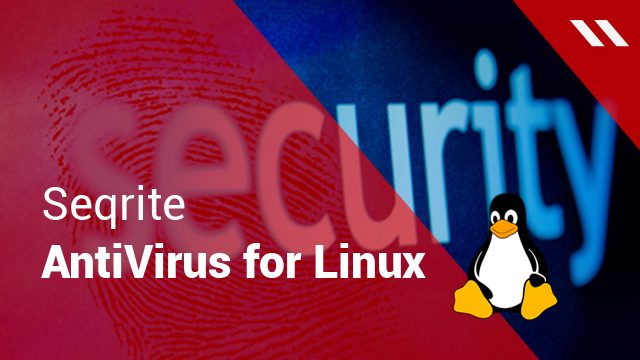 In the age of multi-OS platforms, it is not always easy to find the perfect cybersecurity solution for your software. Many of the common antivirus platforms today are designed for the purpose of the most popular ones, Windows and Mac. However, a substantial portion of desktop operating systems (around 21.7% according to a worldwide Stack Overflow survey) uses Linux as well. Many companies use Linux for some of the advantages it offers: open-source, less costly, more customizability and for better programming use.

But that does not however mean that administrators of Linux systems can breathe easy in the prospect of not having to deal with cybersecurity threats. Linux users also face threats and also need to ensure they stay in sync with the latest cybersecurity trends – a recent survey suggested that 36% of the top malware in Q1 2017 targeted Linux.

For network administrators in charge of systems which use the Linux operating system, they can consider Seqrite’s AntiVirus for Linux solution which shields Linux systems against malware. It offers On-Demand and Schedule scanning, Samba Share protection and Web Security. Apart from that, it is versatile and supports a wide range of 32-bit and 64-bit Linux distributions that includes Red Hat, Fedora, Ubuntu, Linux Mint, SUSE, CentOS and BOSS.

Some of the key reasons why Seqrite Antivirus for Linux would make a good choice for cybersecurity needs are:

The Powerful Scanner created scheduled and on-demand scans for selected files and folders that can run automatically at a given date and time. Appropriate action items can also be designated using various commands.

Complete governance is enforced over the use of the removable storage devices which helps to keep systems safe and secure. Data loss through removable devices is also prevented through this feature. USB storage devices are scanned as soon as they are entered into the system.

With its simple and easy to use interface, Seqrite AntiVirus for Linux supports a wide range of distributions such as Red Hat, Fedora, Ubuntu, Linux Mint, SUSE, CentOS and Boss.

In addition, Seqrite Antivirus for Linux has a few powerful, specialized features as well:

With these features, Seqrite’s AntiVirus for Linux provides considerable protection against the many threats that exist in today’s cyber world.