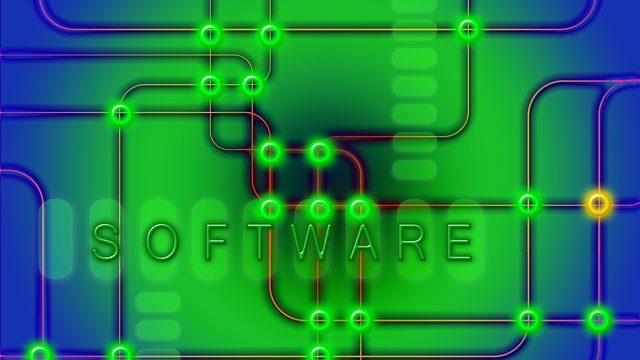 Computer systems evolve at a breakneck pace. Every now and then, there are newer versions of software including web browsers, operating systems, and databases. These upgrades not only have better features but also have better security features built into them. However, many times these upgrades come at an added cost which can be significant. Businesses that have invested heavily in previous versions are reluctant to make another significant investment before a justifiable RoI on their current software is achieved. While it may look like a valid point, businesses often fail to consider the cost associated with a breach of systems due to vulnerabilities in older software. The loss or corruption of data, theft of data or getting locked out of the system can result in much higher monetary losses as compared to the cost of system upgrades.

Why is there a risk?

Computer systems have many data gateways that are usually protected. However, a malicious piece of code can be written to route the malware through a series of steps bypassing the existing security gateways. Such vulnerabilities are constantly identified and all such bypass routes are plugged-in using software patches. With unsupported software, patches to plug the newly identified vulnerabilities are not released. At the same time, the cyber criminals are hard at work to exploit these recently discovered weaknesses. With no protection of updated patches, the users of unsupported systems are sitting ducks for cyber-attacks. Let us see two very common examples of this.

The operating system (O/S) interacts with network, disks, monitors, memory, processor, and everything else in the computer. It orchestrates all the components in the computer to make it easy to use. With so many elements in play, there are some paths (e.g., some ports which are not monitored) that can be used to inject malicious code or gain access to systems. The O/S vendors release a patch to block these paths. However, with no patch release, the newly found paths from O/S are open for hackers to attack almost whole of the computer. (e.g., there are no patches released for windows XP anymore.)

The Web browsers store a lot of information about the online activity of the user. They also allow some web scripts to access the computer resources to perform program function. A malicious script that runs in the browser can access the computer’s resources (memory, processor, camera etc.) and create havoc. This is usually the case with old unsupported browsers. (such as older versions of Internet Explorer). It is the same story with almost every other software. The older it gets, the more vulnerable it becomes to hacks.

What kind of risk is there?

Various risks can occur because of using old and unsupported software. A few are listed below:

1. Ransomware attacks: Ransomware is a malware that locks the user out, from using the system unless a ransom is paid to the hacker. This malware usually enters either via a malicious website accessed through a browser or from a compromised network connection. While latest antivirus and firewalls may be able to block many of these, some O/S vulnerabilities cannot be protected by security systems due to the limitation of access to the operating system.

2. Older/ineffective encryption technology: As with other software, the security technology is also evolving. There are newer, more complex encryption systems that are being implemented to ensure the safety of data. However, the computing system must be capable of working with the new encryption technology. Older systems often, do not have the components to support and run the latest encryption technology, increasing their vulnerability to cyber-attacks.

3. Loss of latest security features: Ransomware, malware, DDoS attacks or phishing emails are the most recent threats to older operating systems and other software are not designed to identify and handle such attacks. For example, older email software cannot differentiate between a normal email, spam, and a phishing email thereby making your system an easy target for hackers. A botnet is another example of how older systems cannot protect against the newer threat. A botnet is a network of hacked computers that are used to launch a DDoS attack on a third victim, without the knowledge of the user of hacked computers. Newer O/S have built in capability to monitor and control traffic at a much granular level as compared to older O/S and thus avoid the botnet attack.

4. Business disruptions: If the attack becomes successful, it will slow down the IT systems at the very least, if not halt it. The outage of the computer system can cause significant disruption in any industry. Along with disruption of operations, the loss and theft of data can cause severe legal liability and long-term business impact.

It is quite evident that with usage of unsupported versions and old software, these risks can become a reality in no time and the consequences of that can be devastating for businesses. It is thus important for organizations to understand the need of using latest software versions and updating them with most recent patches so that the vulnerability of the systems and network can be minimized. A small effort in updating an existing software or investing in the latest versions can go a long way in keeping your data secure.