Home  /  Cybersecurity • Malware  /  Double Whammy: What happens when one cyber-attack hides under another attack? 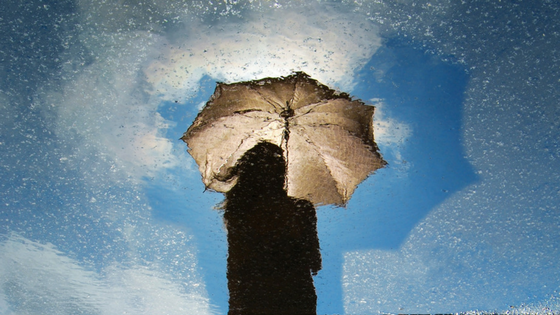 When it comes to handling the cybersecurity threats, enterprises often concentrate on addressing standalone vulnerabilities and security incidents. Organizations believe that mitigating individual threats can keep catastrophic attacks at bay but the modern threat landscape is way more sophisticated than what meets the eye. Persistent hackers often mask one attack with another; thereby hitting enterprises harder with double whammy attack. Basically, this approach equips hackers to leverage multiple avenues for initiating a breach if the predefined one doesn’t work. Sophisticated hackers keep trying to gain unprivileged access into the networks by camouflaging one cyber-threat with a less obvious one.

Double whammy attack is a modified hacking style that leverages not one but two kinds of attacks. This strategy involves pushing forth a malware that works as a detour or rather distraction while the more threatening one keeps proliferating underneath. The superficial attack provides an additional path to the deep-seated threat; thereby initiating catastrophic security incidents that leads to data theft and loss of intellectual property. Most hackers prefer using visible threats as the initial attacks because they work as the best possible distraction tools. The entire concept of a double whammy attack is based on enveloping a bigger threat with an immediate and identifiable attack.

Understanding the Basics of Double Whammy Attacks with Examples

The newest breed of hackers has quickly popularized the concept of hybrid attacks. In most cases, the hackers initiate one attack for grabbing the attention of the organization while the second attack stealthily succeeds in achieving the desired set of results. The Bad Rabbit attack is one such incident where the ransomware attack was initially pitched forth for leveraging a Windows vulnerability. While the industries and authorities were busy controlling the Bad Rabbit, the actual spear phishing threat started spreading uncontrollably. Similar to most double whammy attacks, the BadRabbit worked as a potential smoke screen for the more daunting spear phishing issue that aimed at sabotaging valuable organizational data.

While Bad Rabbit was an individual ransomware that actually existed as a threat and camouflaged a more devastating spear phishing attack, NotPetya is yet another example of a double whammy attack  but with a modification. NotPetya didn’t need any other ransomware threat to mask itself as it could anonymously cover up its own intentions by showing up as a basic ransomware attack. NotPetya, initially looked like the Petya breach of 2016 where company datasets were encrypted and a payment was asked for the decryption key. However, the actual intention of NotPetya was masked under the basics of encryption and infection. This threat didn’t aim at stealing or returning back confidential information but to destroy the IT networks of victims regardless of the ransom paid. Therefore, NotPetya came across as a special type of hybrid attack that proposed a double whammy without taking support from any other security threat. It didn’t hide under a visible malware but hid its own intentions by imitating a basic ransomware attack.

Complexities associated with hacking have increased, resulting in different types of breaches. With hackers flexing their skill sets in every possible manner, it is important that even enterprises stay alert and vigilant regarding the hybrid attacks and the double whammy security threats. The best way of staying protected from these cyber threats is to increase the overall network visibility which in turn ensures that the entire perimeter is secured from every possible direction. End-to-end monitoring is one approach for protecting the IT systems against the hybrid attacks as it detects the primary attack and keeps scanning the vicinities for more damaging secondary threats. Moreover, end-to-end monitoring also offers granular network visibility.